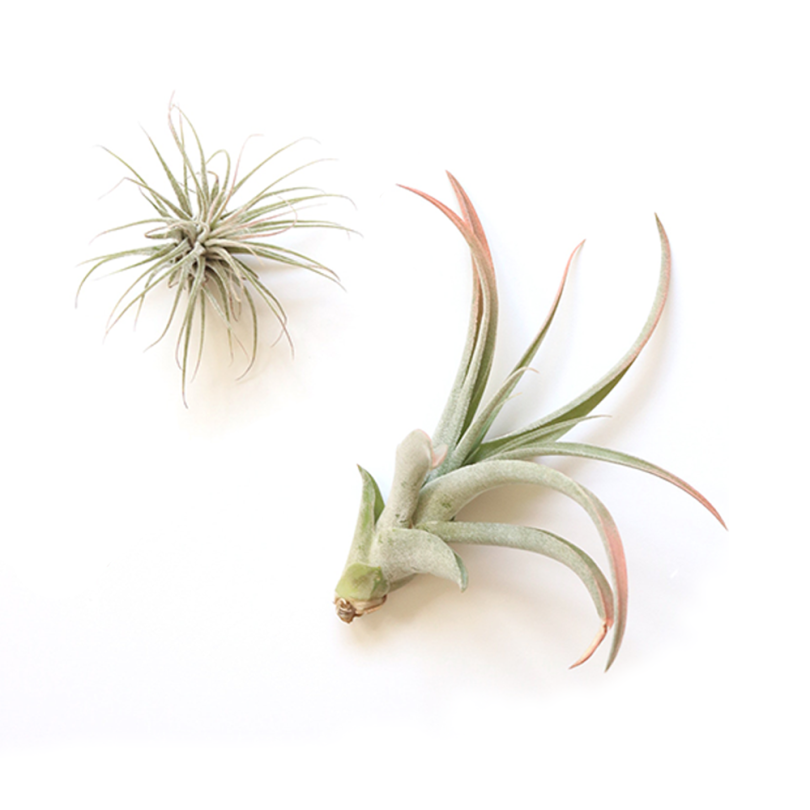 Skip to the beginning of the images gallery
At a glance...
Air plants are really one of a kind and we love them at Swell. They are very unique and add a natural touch to airy mesh enclosures.
Write a review
Details

What are Air plants?

Tillandsia, commonly known as Air plants, are epiphytic plants which means that they grow on surfaces for support and don't take any nutrients from soil. This means that Tillandsia can grow almost anywhere, making them unique house plants. Their native habitats tend to be in bright surroundings with good air circulation. The plant family of Tillandsia is a subspecies of the bromeliad family and includes many different Tillandsia species, such as Spanish Moss, Tillandsia ionantha, Tillandsia caput medusae and Tillandsia xerographica. This is a random Tillandsia chosen by our plant suppliers where it has been grown in carefully controlled conditions designed to promote growth and development.

Why should I buy an Air plant?

Tillandsia Air plants are beloved by exotic gardeners globally for their hardiness and unique appearance. These are amazing plants that will thrive in drafty, full sun conditions that most plants shy away from. They can withstand bright light and direct sun, although prefer diffused light through mesh, and are very easy to care for, only requiring occasional watering and little else. These plants are particularly well suited to vivariums and terrariums as they can grow on the walls, offering decoration while leaving plenty of space for other plants to grow.

Is Tillandsia an indoor plant?

Yes, while Tillandsia air plants love good air circulation they also need a temperature between 12C and 30C, so the British climate isn't ideal for them. Tillandsia is also susceptible to rotting and brown leaf tips when given excess water, so the iconic British showers can be too much for them, not to mention that their minimal root system struggles with high winds. Tillandsia is happiest either in a warm part of the house with lots of direct sunlight or in a terrarium, where their environment can be carefully controlled to help them thrive.

No, Tillandsia air plants are not toxic to animals or people. In fact, lots of cats and dogs will nibble at them, while this doesn't present any problems for your pets it can damage the plant. If you have a pet that is likely to take a bite from your Tillandsia, we recommend keeping the plant in a high place, such as a hanging basket, away from curious paws and mouths.

Yes, all Tillandsia species need a good amount of sunlight to thrive. You can achieve this by setting your plant in direct sun, ideally with some netting to diffuse the intensity of the light, or by placing it in a terrarium with a UVC bulb, which will offer sufficient light.