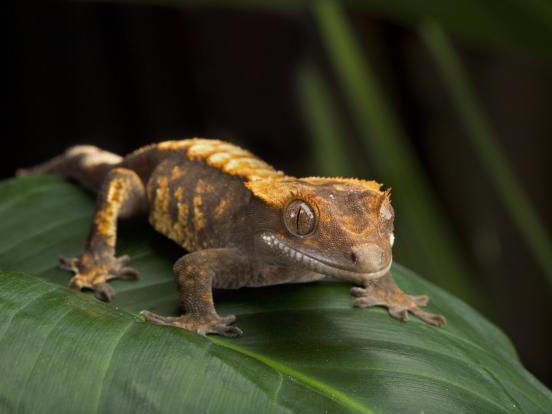 Probably the second most popular gecko is the Crested gecko. These were only rediscovered a few years ago, thought to be extinct but they are rapidly growing in popularity.

New species are also being discovered all the time. Just last week the "Bumblee Gecko" was discovered in the tropical forests of Papua New Guinea. It is called Nactus Kunan (meaning bumblebee in the local Nali language) because of the striking black and gold pattern.

The name gecko comes originally from the Malay "gekoq" which is supposed to be the chirping sound that some geckos make when interacting with other lizards.

Most geckos are native to warmer climates, typically deserts or rainforests although some recent discoveries in South America have been found living in higher altitudes where it is quite cold.

Geckos (Gekkonidae) are comprised of five families, the two most common being Eublepharidae and Diplodactylidae.

Eublepharidae differ from other geckos in that they don't have the kind of sticky feet that allow them to adhere to sheer surfaces - they also have eyelids. A notable reptile of this family is the leopard gecko.

Diplodactylidae are found in Australia, New Zealand and New Caledonia, they include the likes of Rhacodactylus which includes popular pet geckos such as the gargoyle gecko and crested gecko.