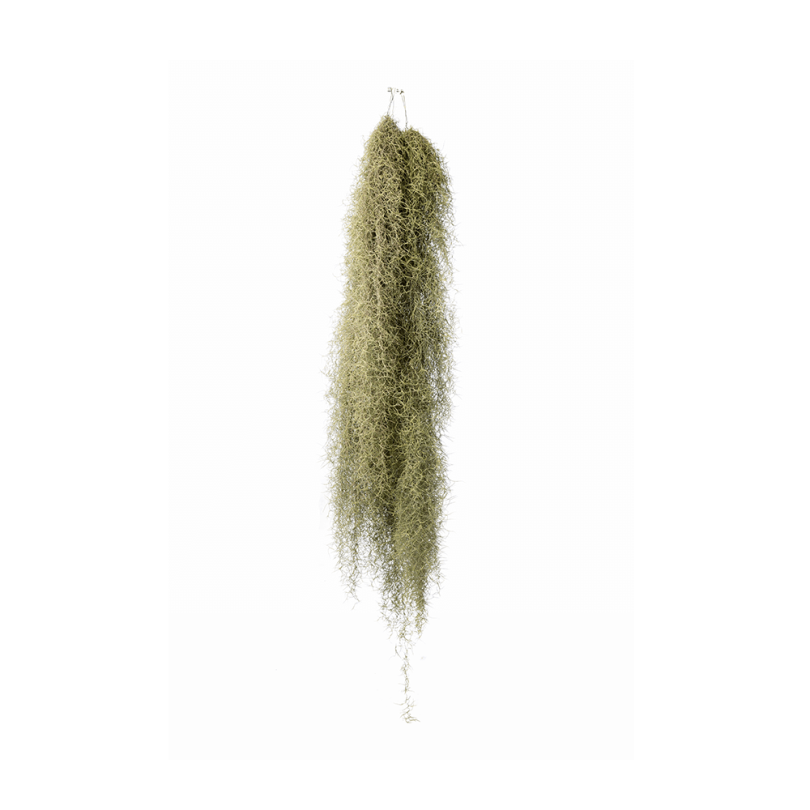 Skip to the beginning of the images gallery
At a glance...
Spanish Moss is one of our favourites at Swell Reptiles, it grows big and is so unique. Perfect for an amphibian enclosure.
Write a review
Details

What is Spanish Moss?

Spanish Moss (also known as Tillandsia usneoides, Spanish beard, French hair, Silver ghost and Tree hair) is a cascading, silver epiphytic moss native to Northern America, Central America and Southern America, particularly Florida in the southern United States. An epiphytic plant, or air plant, is able to grow without a substrate so it can flourish on tree branches and other vertical surfaces in a humid spot, this makes it ideal for decorating terrariums, vivariums and even flower gardens. While it is called a moss, Spanish moss is actually a flowering plant related to Bromeliads, during Spring it develops many small yellow flowers.

How do you keep Spanish Moss alive?

It's incredibly easy to grow Spanish moss and the moss can become quite thick over time, making it a great climbing surface for reptiles and amphibians. Spanish moss grows in humid conditions outside of direct sunlight, if the moss starts to turn yellow-green it's a good indicator that it isn't getting enough light or water. Spanish moss should never be completely dry and should always have some moisture. One of the most exciting aspects of Spanish moss growing is that, unlike most flowering plants that must reproduce by pollination, Spanish moss reproduces by breaking off pieces of the stem, so you can create more plants when you simply trim your specimen.

What is Spanish Moss good for?

Spanish Moss can be used as decoration or even a building tool in a terrarium. It's a particularly good material to build nests and hides from that fit into the natural environment of your enclosure. It can also be used to create shade for other plants and animals as long as you keep it away from direct sun.