Categories: Care sheetsChelonians
To the untrained eye, many tortoise breeds will look pretty similar, but actually, they are some of the most diverse animals on the planet. 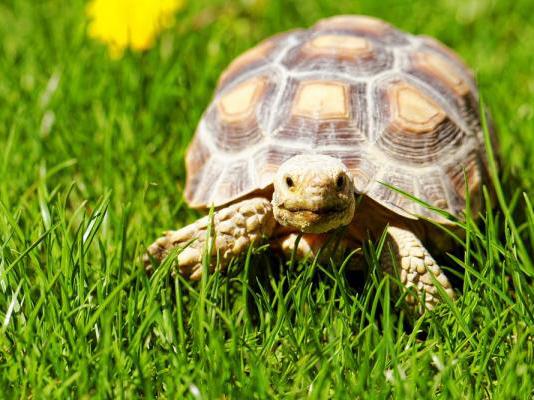 To the untrained eye, many tortoise breeds will look pretty similar, but actually, they are some of the most diverse animals on the planet, with each species having a different set of requirements for health and happiness.

Swell Reptiles have dealt with most tortoise breeds along the way, and have developed quite a knowledge base: here are some of the basics!

Some of the most common species of tortoise often kept in the UK are European species. Generally found in more temperature climates, these guys come in all shapes and sizes, and range from the Balkans and Italy to Russia and beyond.

Marginated tortoise:
The largest of the European varieties, Marginated tortoises can grow up to about 5kg in weight and features an lengthened, more oblong like shell, identified by a more fanned-out, serrated shell pattern at the back. A herbivorous species, they are likely to hibernate in the winter, even when kept in captivity.

Hermann's tortoise:
A hugely popular species, Hermann's are considered a small to medium sized tortoise and feature black and yellow patterns on their shell and underside when young, slowly fading as they grow older. Split into 3 groups (Western, Eastern and Dalmation), adults reach between 7 and 28c in length, eat legumes pods and weeds.

If you like the sound of a Hermann's, why not take a look at our Hermann's tortoises for sale.

Spur-Thighed Tortoise:
Also known as a Greek tortoise despite other species such as the Marginated being found in Greece, Spur-Thighed tortoises are found as far as Africa and West Asia. In appearance, they look a little like Hermann's tortoises, but have larger scales on the front legs, noticeable spurs on their thighs and a more rectangular shell. Plenty of sub-species means colouring and diet varies, so do your research before taking one home!

Russian Tortoise:
Another small tortoise species, these guys get to around 25cm in length and that larger end of the scale, and enjoy a herbivorous diet of weeds and flowers. Known for their more interesting mating rituals (of which we won't go too far into), they are enjoyed by many.

Some tortoises hail from other hot climates, but receive less UV light due to their rainforest floor type environment which has the UV filtered out by the canopy. They still require a UV lamp though.

Redfooted tortoise:
Easily the most commonly kept of the rainforest tortoise species, these guys hail from the Amazon basin, and are easily identified by their bright red feet. Red foots average out at about 30-35 cm in length, with elongated oval shaped shells. An omnivorous tortoise, anything goes for redfoots, from flowers and fruits, to funghi and even small animals like snails, small snakes and rodents (irregularly).

This is of course the big question. All need to thermoregulate for health and therefore require basking bulbs and a higher temperature in general, and all need UV light to generate the D3 needed to turn calcium into strong bones and shells, but all to different amounts.

Research is key, so once you like the look of a tortoise, make sure you get the right lighting equipment for heat and UV. To learn more about tortoises, check out our Horsfield tortoise care guide, or you can learn more about other reptiles by checking out our other care guides like our Western hognose snake care guide.