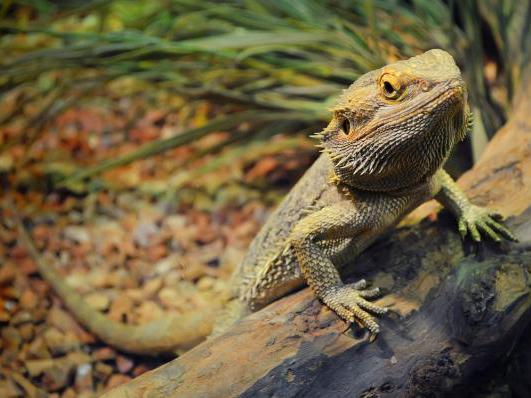 Brumation is a term used for the hibernation-like state that some ectothermic (cold-blooded) animals such as Bearded dragons adopt during winter. In fact, many reptiles undergo brumation, such as Chinese water dragons.

The cooler temperatures lead some ectotherms to find a spot, usually underground or in rock crevices, to hide over winter where they can keep safe and warm. Their activity levels, heart rate, body temperature and respiration rate will all reduce similar to hibernating endotherms (warm-blooded animals).

What is Bearded dragon brumation?

When Bearded dragons brumate, they will become sluggish and seem less interested in their food. They tend to seek out an insulated spot where they will remain for most of the brumation period. Burrows, planters, caves and natural decor can make excellent brumation dens.

How long will my Bearded dragon brumate for?

Reptile brumation can be influenced by a number of factors between species and even between individuals of the same species, which makes it difficult to predict exactly how long they will brumate for. You can get a general idea of how long your pet will brumate for based on the species, but other variants such as age, gender, natural conditions and geographical origin play a role too.

Most Bearded dragons don't start brumating until they are at least ten months to one year old, although they can be difficult to predict when it comes to brumation, and may brumate one year, but not the next, may brumate every year.

Not all Bearded dragons will brumate, so it is also worth keeping this in mind if your Bearded dragon never seems to show the above signs.

When they do brumate, Bearded dragons tend to brumate for anything between a few weeks, to the entire winter period, depending on the individual and external factors.

Why do Bearded dragons brumate?

As ectotherms, Bearded dragons are unable to control their own internal body temperature, and instead, rely on their external environment to influence this. The cold temperatures of winter, along with the scarcity of food because of this make winter a dangerous time for ectotherms.

Brumation serves as a survival tactic that ensures the Bearded dragon can survive the temperature drop and lack of food sources, by giving them a warmer place to hide out whilst also reducing their metabolism so as not to use up as much stored energy.

Should my Bearded dragon lose weight when brumating?

A healthy Bearded dragon should not drastically lose weight during brumation. A little weight loss is fairly normal since they aren't eating at the same rate as they usually would, however, their lower activity levels tend to balance this out and prevent much weight loss.

So what do I need to do if my Bearded dragon starts to brumate?

It is usually best to just leave your Bearded dragon to do their own thing if they start to brumate. The main thing to do is ensure they have a constant supply of fresh water as normal and keep their enclosure clean, which is a little easier during this period since they produce less waste.

You should also reduce the basking temperatures and daylight hours that you currently provide. Say for example you offer 10-12 hours of UV and heat currently, you could reduce this by turning it off two hours earlier to simulate the shorter days and cooler temperatures that wild Bearded dragons would experience.

You can then continue to reduce the light and heat gradually over the coming days and weeks until you completely turn it off.

Although there are no set rules for caring for your beardie during brumation, one rule to live by during this period is to try and disturb them as little as possible.

Can I force my Bearded dragon to go into brumation?

If you aren't considering breeding, there is no need to do anything that might push your Bearded dragon into brumating, rather it is better to allow it to happen, or not happen, depending on the individual Beardie.

Can I stop my Bearded dragon brumating?

Simply put, no, if your Bearded dragon begins brumating, you should allow them to do this and do not try increasing light hours or temperatures. Brumation is a completely natural behaviour and should not be interrupted.

What do I do when my Bearded dragon wakes up?

Now comes the easy part, when your Bearded dragon starts to wake (which it should be allowed to do naturally, and not forced to do), all you need to do is return your husbandry parameters back to normal. If you're unsure of the required parameters for a Bearded dragon outside of the brumation period, take a look at our in-depth Bearded dragon care sheet.

If your Bearded dragon was in good health when they went into brumation, they should still be a similar weight to when they started, and will not need monitoring any more than normal.