Reptiles and children - should they mix?

Categories: Uncategorised
Do reptiles make good pets for children? Some can, but there are a few things to consider before getting your child a pet reptiles. Read our guide to find out. 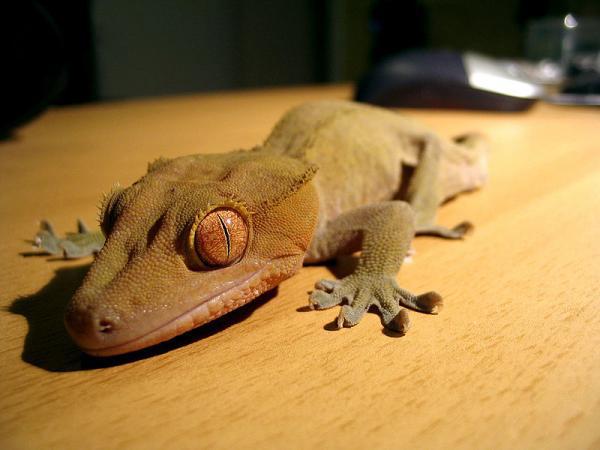 We've shared quite a few photos recently of our customers' children posing happily holding snakes, beardies, geckos and lots of other reptiles.

Many of our customers and friends believe that reptiles are harmless and beautiful creatures and they think that it's best to introduce your children to these animals early on in life to teach them how amazing reptiles and exotic pets can be!

But there are people who have their doubts. We asked our Facebook and Twitter friends whether they have any reservations when it comes to letting their kids play with reptiles.

Iain Mortimer believes that it's best to get children interested in reptiles at a young age. He said: "You'll make them realise that reptiles aren't nasty, bitey, slimey, evil things as many of their parents may believe and in doing so often educated a number of parents too. A number of my reptiles have been into my daughter's infant school for exactly that reason and I'd encourage everyone else to approach teachers to let them do the same".

Lindsay Gibbons agrees. "We had a reptile party for my daughter's 4th birthday and all the children had the most amazing time. They're fearless at that age, they were handling hissing roaches, lizards, snakes, anything handed to them!"

Faye Smith takes her snakes to a local scout group to show the kids real life reptiles. "It's shocking to see how many parents don't want their children touching the snakes, but the kids really want to. I think it's the parents who need to be taught. This is me in the paper with a few of the beavers".

But not everyone is convinced. Grace O'Donnell says: "Although it's nice to introduce kids and reptiles, my 9-year-old sister loves our beardie, Rive, do you not worry about how ill they can get from being near a reptile? The chances of salmonella are high and I'd personally not let a pregnant woman or child under 5 too near! It's common sense to wash your hands, but I just think if I let a child near my reptiles and they did get ill I'd feel really bad".

Gareth Goss agrees that reptile owners need to take hygiene into account and be wary of the germs that can be found in reptiles. "A lot of reptiles can carry harmful germs. I think people should be more aware of this and hygiene is paramount especially around young children".

Sophie Bennett is another reptile owner who has her reservations, but while Grace and Gareth worry that her kids might get ill, Sophie is concerned about rough handling of reptiles. "As a general rule I won't allow small children near my Leo. She has some health problems and I really don't want her to lose her precious tail. However, they can play with the snakes as much as they want".

Sophie isn't the only one concerned about handling, many owners are concerned that their kids might hurt their reptiles. Raina Kirkham-Cope said: "As long as the child isn't grabby and is supervised and washes their hands before and afterwards I don't see the problem".

Supervision seems to be the best way to ensure both the child and reptile stays happy. And Sarah McKie believes that it is key. "My daughter is 8. She's allowed to handle our chili rose, royals, burmese, leopard geckos and bearded dragon with out supervision but never alone. The only thing she's not allowed to handle at all is sailfin dragon".

Val Yasar said: "My agamas are too flighty to be held but the elder Grandkids can hold my beardie. With the younger ones I'll hold their hands and help them stroke the beardie in case they are too rough. Hopefully they will learn to be gentle that way".

Rachel Atterton said "Personally I believe that children will only learn to respect animals if they have experiences with them. It's an important life lesson, not least because ANY animal can turn aggressive or hostile if not treated with respect. Obviously you have to know your animals and the children concerned. But handling animals in a safe environment with supervision and clear rules is good for children, and it can be fun. It might even start a life long interest!"

Iain Mortimer has a specific set of rules which his children have been taught to follow before handling reptiles.

"1. They need to show respect for animals and understand that they are not toys.

2. Demonstrated that they have good control of their grip.

3. Washed their hands under supervision.

4. Can only hold something that is docile and not skittish to prevent them from tightening grip when the reptile crawls away.

5. The child must be closely supervised.

6. Must wash hands afterwards under supervision.

7. Must understand that they must never try to handle a reptile without asking first."

Iain says: "The kids are very good with the reptiles. The youngest in particular is known for reminding everyone else of the rules.

"It concerns me that reptiles get a bad reputation for bacteria because they are no worse than cats or dogs and even fish tanks can hold some nasty bugs".

Michelle Stapleton: "I think spiders should only be handled by adults as they are very delicate and Brachs in particular have those nasty hairs! Personally I would not let any children near anything other than something harmless like a stick insect! I'd be too afraid they'd squeeze or drop my snakes!"

Childminder, Amanda Stitson said: "I do allow the children to handle the snakes and the beardie, but they are shown how to handle correctly first and introduced to the animals slowly. They are supervised at all times and have to wash their hands before and afterwards, as much for my animals benefit as their own.

"I believe that introducing children to a range of animals at an early age and actually educating them about them, helps to teach them compassion and respect for other living things and helps to refuce and in some cases treat irrational fears. The only animals I would exclude are those who show a nervous or aggressive temperament. And that would be the same for all animals, not just reptiles and inverts".