Why is my Bearded dragon not eating?

Categories: HealthLizards
It can be a worrying time if your Bearded dragon stops eating. It could be something simple and easy to fix or could be more serious. 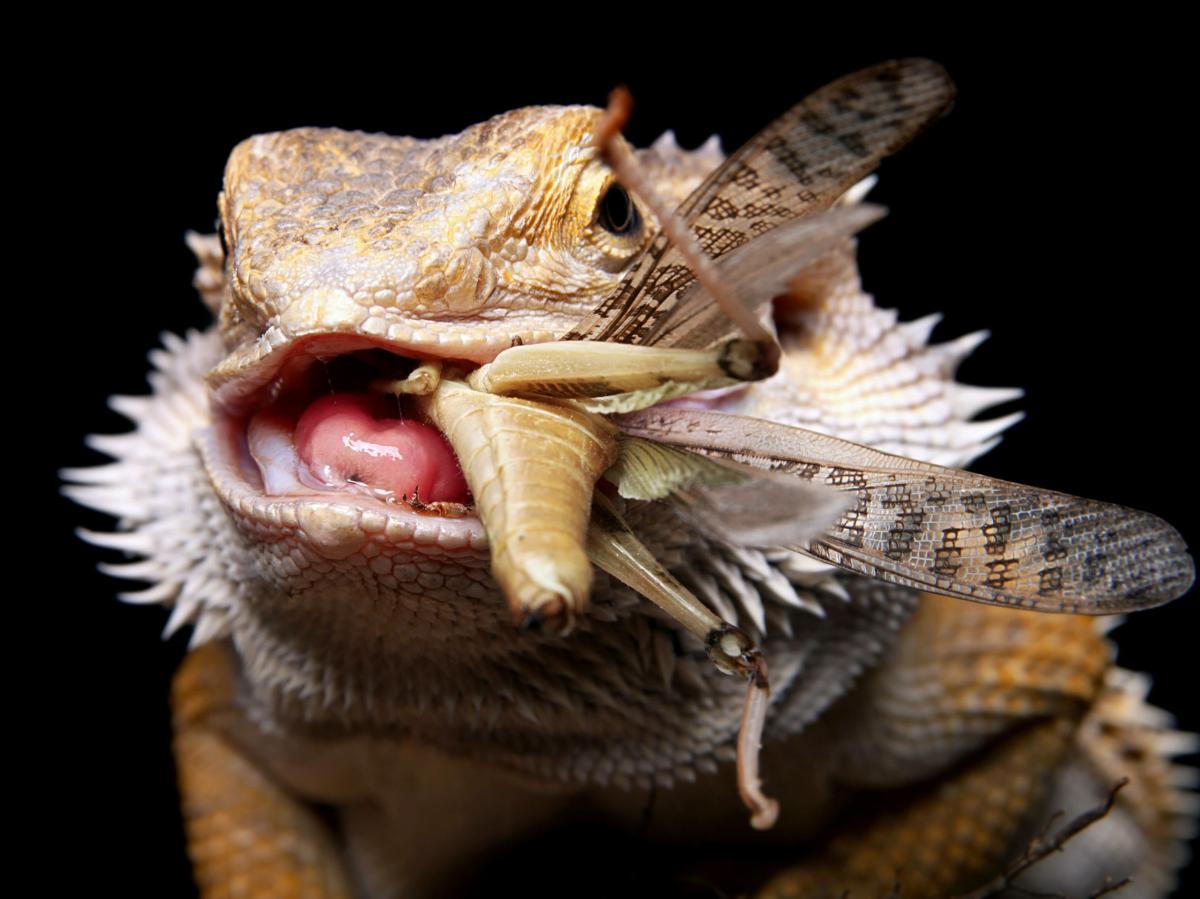 What is the best Bearded dragon diet?

Bearded dragons are omnivorous and should be fed on a diet made up of both plant matter and animal matter. The plant part should make up around 75% of an adult Bearded dragon's diet and consists of leafy greens, vegetables and occasional fruits. The animal part should make up the remaining 25% of their diet and will come from live insects, such as crickets, locusts, cockroaches and other commercially available live foods.

For a hatchling or juvenile Dragon, however, the insect part of their diet should be more prominent, with daily insect feeding, although those insects with tough chitinous shells such as mealworms should be avoided for youngsters, as the hard shells can cause impaction if allowed to build up in a young Bearded dragon's stomach.

Some good examples for the plant part of a Bearded dragon diet include turnip greens and other leafy greens, broccoli, kale, parsley, watercress, red or green cabbage, bell peppers and green beans. Some healthy fruits to include are figs, apricots, raspberry and strawberry, although fruit should only make up a small portion of the plant part of a Bearded dragon diet. For the insect part, Dubia roaches are a great staple choice, with other insects such as crickets and locusts being good to add variety.

A good, varied diet alone, however, is not sufficient for providing adequate nutrition to Bearded dragons. Their food items should also be dusted with supplements according to a strict schedule. For this, we recommend a calcium-rich multivitamin on every feed, calcium plus magnesium supplement on every fourth feed and calcium plus vitamin D3 supplement on every eighth feed, before beginning the cycle again.

Why is my Bearded dragon not eating?

There are a number of reasons a Bearded dragon might go off its food. Some are completely natural and normal, some are husbandry related and easy to fix, but others can be more serious and require veterinary attention.

Another cause here could be if your Bearded dragon is brumating. Brumation is a natural process and is a period of dormancy that Bearded dragons go through during the winter, where they enter deep sleep, their metabolism slows to allow them to reduce their food intake and remain sheltered during the cold months.

Husbandry shortfalls that may cause a Bearded dragon to not eat

The most common, and perhaps most obvious of these examples would be cold temperatures. Being ectothermic (cold-blooded), they cannot control their internal body temperature and instead rely on external heat sources to do this. If your Bearded dragon's tank temperature is consistently too low, they will be unable to properly digest their food, and in turn, will lose their appetite.

Another common cause of suppressed appetite in Bearded dragons is insufficient UVB lighting. Without a high-quality UVB light with the percentage tailored to the distance between the light and the highest basking spot, a Bearded dragon will begin to suffer from metabolic bone disease, due to a lack of Vitamin D3 in its system.

Metabolic bone disease can be caused by two major husbandry shortfalls, improper lighting, and improper dietary supplementation. It is a serious health problem, that causes Bearded dragons to become ill, deformed and in extreme cases can be fatal, although it is treatable when caught early. The stress of such an illness is likely to put a Bearded dragon off its food. If you think your Bearded dragon may be suffering from metabolic bone disease, you should see a vet immediately.

Another husbandry related reason a Bearded dragon may go off their food, is poor diet, or a poor ratio between plant and animal matter. An adult Bearded dragon fed on too many live insects may begin refusing food, particularly their greens, favouring the juicy bugs. This can, in turn, lead to vitamin deficiency, which takes us on to our next point.

Vitamin E, A, B1 and D3 are very important components of a good Bearded dragon diet. A deficiency in vitamin E is likely to cause suppressed appetite, although it isn't overly common. Vitamin D3 deficiency, however, is very common in Bearded dragons, a lack of which can cause metabolic bone disease as mentioned above.

The final cause here could be stress, which could come from any of the above issues, such as low temperatures or insufficient UVB lighting, and more. Other causes of stress in Bearded dragons include being placed into a new environment, insufficient enclosure size, keeping more than one Dragon in the same enclosure and overhandling.

An injured Bearded dragon is likely to stop eating, this could be small, insignificant cuts from sharp edges, broken bones caused by a fall, or by another Bearded dragon when they are being kept together. Another common cause of injury in Bearded dragons include bites from their live food (particularly crickets). If you notice that your Bearded dragon is injured, you should call a practice that can provide veterinary advice and establish if the injury warrants a vet visit.

What should I do if my Bearded dragon stops eating?

The first thing to do here is to determine the reason why your Bearded dragon isn't eating, are they shedding? Are they brumating? Are your temperatures within the optimum range? Are you using the correct UVB? Are they eating the correct ratio of greens and insects? Are you dusting their food with supplements? Are they hurt, or showing signs of illness?

Once you determine this, you need to address the cause, increase your temperatures, replace your UVB bulb, make changes to your Bearded dragon's diet, or see a vet. Once you have done this, try to tempt your Beardie into eating, ensuring their food is in small bite-sized pieces to make them more likely to try to eat them. Perseverance is key here, keep trying, and with the cause addressed and fixed, your Bearded dragon is sure to start eating again soon enough.