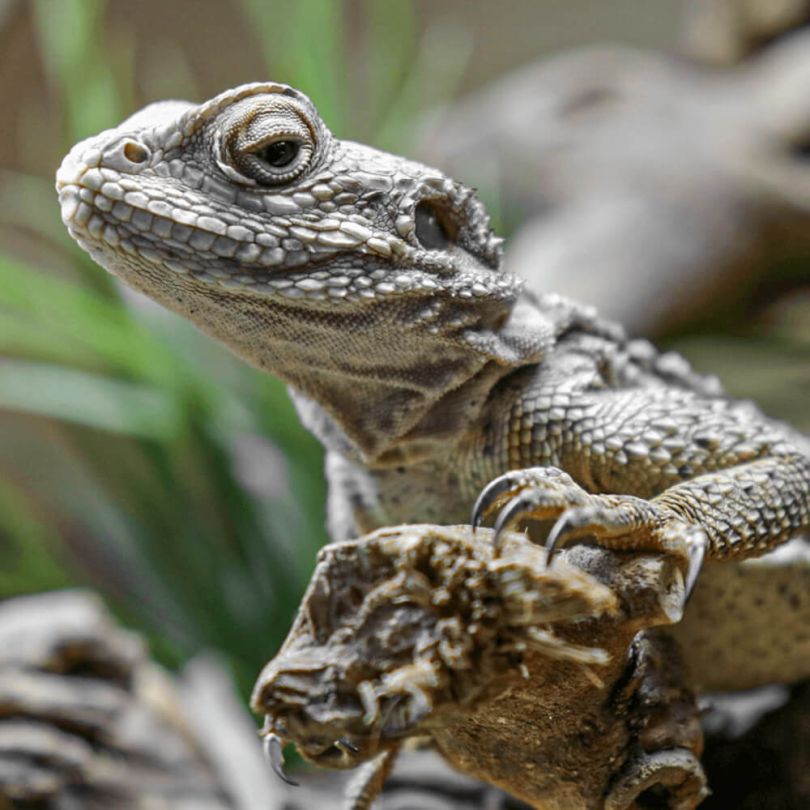 Skip to the beginning of the images gallery
At a glance...
Details

Starred agama are terrestrial lizards with a wide natural distribution, that spans across parts of Asia, Europe and Africa. Their care requirements are similar to that of the Bearded Dragon or Rankin's dragon, making them a great alternative for a Beardie lover looking for something a little different. Starred agamas are generally a little skittish to start with, but easily tame down and will tolerate handling.

At Swell Reptiles, all of the Starred agama we have for sale were captive bred in the UK, reducing the impact on the environment and leaving you safe in the knowledge your new reptile will be healthy and free of parasitism and disease.

What size vivarium does a Starred agama need?

Starred agama are quite active and intelligent, so require a decent sized enclosure filled with plenty of decor to provide stimulation. We recommend a minimum adult enclosure size of 120 x 60 x 60cm (4 x 2 x 2ft), so the VivExotic Repti-Home Bearded Dragon Vivarium Large is a good option.

Wooden vivariums generally work best for Starred agama, as they hold the high temperatures this species needs much better, although glass and PVC enclosures can also work, but for the sizes needed, these are usually required to be a custom build.

What heating equipment does a Starred agama need?

Starred agama should be provided with a thermogradient that runs from warm-cool from one end of the enclosure to the other to allow them to properly regulate their internal body temperature. The ideal temperature range here is a basking temperature between 40-42°C (104-107°F) and a cool end temperature of between 25-28°C (77-64&degF).

How do I decorate a Starred agama’s vivarium?

The first consideration when decorating your Starred agama vivarium is the substrate, for which we recommend sand or sand-soil mixes, such as ProRep Beardie Life, or for bioactive set-ups, Arcadia EarthMix Arid.

Other decor should include a variety of hiding caves, logs, cork bark and foliage either in the form of live or artificial plants, all of which will help your Starred agama to feel more secure whilst providing stimulation and enrichment.

What do Starred agama eat?

Starred agama are insectivores, and the key to a good diet here is variety, so they should be fed on a diet of differing livefoods, such as crickets, locusts, mealworms, cockroaches and so on.

How do I buy a Starred agama?

If you like the look of our UK captive bred Starred agama, please pop into our store and see us, bringing with you some photos of a suitable set-up ready for the lizard to go into.

We will ask you a few quick questions and also request to see your images to ensure you are ready for the commitment of one of these beautiful animals. We reserve the right to refuse adoption to anyone we feel is unprepared to adopt.

If you're interested in alternatives to the Starred agama, you can check out our help guides about other exotic pets, like the Western hognose snake.